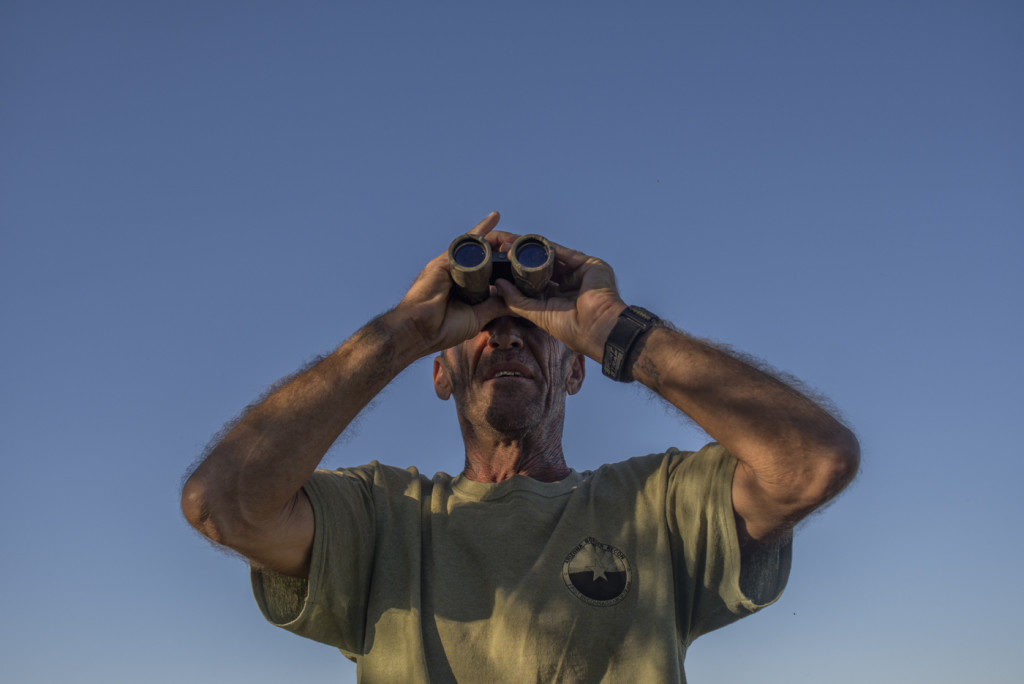 OCTOBER 5 2014 BUENOS AIRES NATIONAL WILDLIFE REFUGE- Tim Foley, who goes by the handle, “Nailer”, eyes the hills with binoculars in the early morning.

THE GRIZZLED MILITARY veterans who comprise?Arizona Border Recon describe the land along the border with Mexico as ?America?s own little war zone.? And so they patrol it day and night in tactical gear, keeping vigilant watch for?terrorists, traffickers, and?illegal immigrants.

Johnny Milano spent four?days with the group, which considers itself an ?intelligence-gathering organization,? for his series?In the Hills of Pima. The photographerdocumented AZBR while on assignment for Al Jezeera in October, 2014, and hoped to gain a better?understanding of the group?s mindset. ?The driving force for many of these men is a continuation of the oath they took in the military,? Milano says. ?The defense of their country and family seems to be first and foremost.?

AZBR is one of the armed citizen groups?that has taken to patrolling the wilds of Arizona and elsewhere to aid the US Border Patrol. Some have called them?patriots defending the country, but others have called them vigilantes or worse.?The FBI recently arrested three members of the Arizona Special Operations Group, another armed citizen group, in a sting to steal cocaine from what they thought was a cartel.

The AZBR was formed in 2011, made up of former military, law enforcement and private security personnel. It?s led by a wiry, shotgun-wielding veteran named Tim ?Nailer? Foley, who has said members ?took an oath to protect this countryand feel that we are doing that by helping stop the cartel.??Its members arrive in Arizona from as far as Maryland, united by a desire to protect America?s ?back door.?

?Many of the men believe that the general American public are willfully ignorant to the situation on the border,? Milano says.

Milano?s photographs, shot with?a Nikon D600, capture the men performing?the type of patrols they might have carried out while deployed overseas. Camped in the hills of the Sonoran Desert, they worked in shifts, going on patrol, doing reconnaissance and scouting with binoculars, and monitoring the radio for intelligence. Foley has said that anything unusual is reported to the Border Patrol.

Organizations like AZBR aren?t sanctioned by the government, though US Customs and Border Patrol is well aware of their existence?and may appreciate the help. ?There are certain tasks that CBP agents cannot legally perform, like scanning and listening to certain radio traffic,? Milano says. ?In this instance, groups like the AZBR can provide intel.?

While he was there, Milano was haunted by a sense of unease. The men seemed to have the freedom?to do as they pleased. He recalls one hike in which they ventured some 30 feet beyond?a marker indicating the border. He realized, for the first time, that in many areas, the border is all but invisible. ?While I did not witness something of a cross-border operation, it certainly raises the possibility of it,? he says.

The men in AZBR believe that the US government, by failing to adequately protect the border, has left them with no other choice. 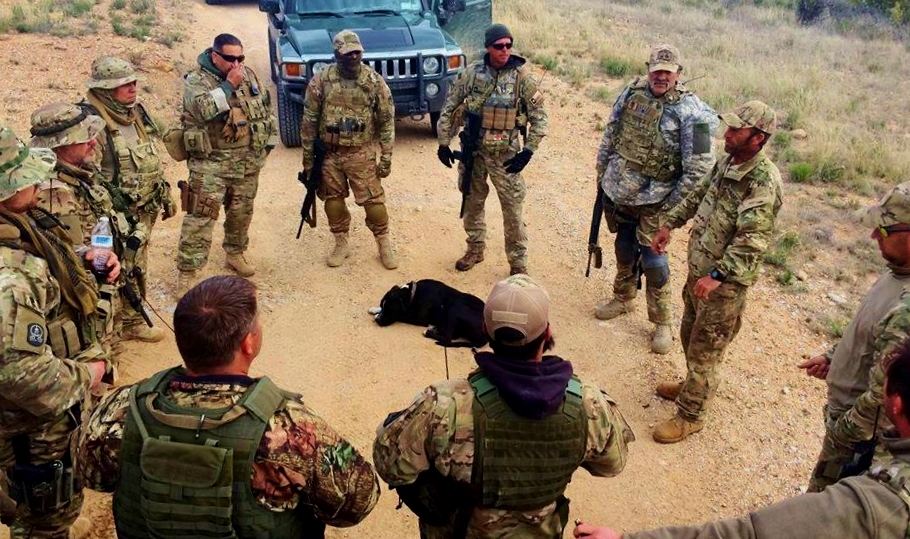