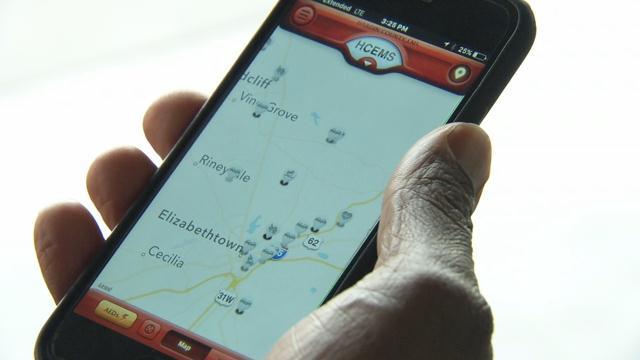 Pulsepoint has been called a life-saving smartphone app. It connects?potential rescuers with victims of sudden cardiac arrest.

“My heart just quit,” said Rodney Druen, Cardiac Arrest Victim.?Druen said he is a walking example of the lifesaving power of CPR.?”Brad — lives cross the road –?come down and gave me CPR,” ?Earlier this year, he suffered the sudden cardiac arrest and a neighbor performed CPR until help arrived.?”If it hadn’t been for him, I wouldn’t be standing here right now,” Druen said.

“He probably would not be here today if it wasn’t for early CPR,” said John Malcomson, Hardin County EMS Director.?On Tuesday, Hardin County officials unveiled a smartphone app that is expected to provide the same kind of lifesaving help to other victims of cardiac arrest.?”We know, by research, that one?in three?will survive if it is witnessed and there is early intervention,” Malcomson said.

The goal is to provide that early intervention with the PulsePoint app. It starts with a call to 911, the operator then sends an alert, which is received by Pulsepoint user, who then rush to help cardiac arrest victims until professional help arrives.?”The software detects who is in that location and sends in alert to the people who are within 17-hundred feet of that,” Malcomson explained.

Health officials say, every second counts when it comes to a cardiac arrest. That means the sooner the person receives CPR, the better their chances of survival and recovery.?”It can take two to three minutes for ambulance to get there. Therefore, if a bystander or citizen starts CPR, they can actually begin the process of trying to save this person’s life,” said Malcomson.

“I know CPR saved my life,” said Druen.?Druen also said CPR gave him a second chance. That’s?why he’s sharing his story hoping it will save another life.?”The Lord kept me here for a reason, this right here could be one of them,” he said.

Hardin County first-responders have been using the app for a few weeks. Now it is officially available to everyone. 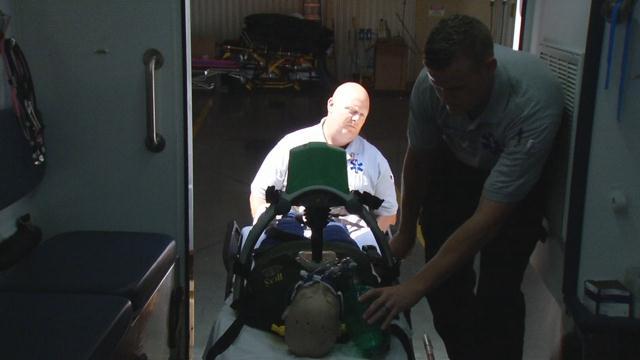