Criminals also like to create Selfies. Take this intruder for example, who made a Selfie ?when he stole some food. Also stealing a phone and then taking a Selfie is not very smart. Or check out these 9 other criminal Selfies. Earlier, we saw people taking Selfies during suicides of others, but the creators of Selfies may also have suicidal tendencies themselves, such as this persons?last call for attention proves. 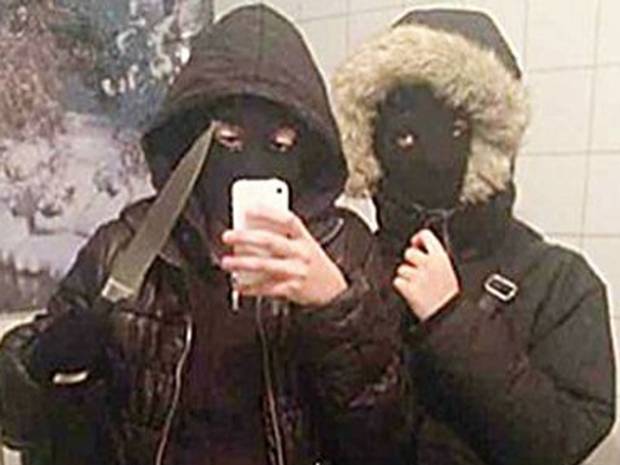 ?I want them to know if they come to Bryant and they commit a crime that they?re going to be exposed,? said Chief Mark Kizer, originator of the selfie/cellfie concept.?The concept of exposing those sitting in jail isn?t anything new.? There are countless websites dedicated to publishing mugshots, but now Bryant is posting them on Facebook and Twitter.? Those social media sites have much higher user rates than the websites created purely for displaying pictures of convicts.??There?s several posts that we have on there that will hit 50,000 in a day, where we have 50,000 viewers,? commented Kizer.?As much as the police department believes the concept of the ?#CELLfie? will deter crime, the department predominantly uses social media to blast pictures of suspects that still haven?t been caught.??We?ve solved numerous burglaries, we?ve solved numerous thefts, we?ve solved several robberies off of it,? said Kizer, referring to the department?s Facebook page with nearly 10,000 likes.?Kizer mentions it?s a way of catching up with the times.??I mean they?re already on Facebook, they see this picture, they know this person.? I think at that point they?re kind of feeling obligated to say, ?Hey, look, I know this person, I know where this person is,?? said Kizer.??When you get the community that involved and they actually feel like they?re a part of the police department ? it?s a big deal.??Several other police departments across the state utilize social media and Kizer urges those that don?t to do so, citing how helpful it is when it comes to solving crimes.?

Normally police only puts pictures of suspects online who have not yet been caught. But will posting your picture on the internet make sure you do not commit any crime in the future or prevent others from doing it? Who knows…