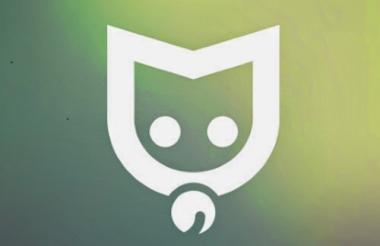 Eliot Higgins, known online as Brown Moses, became a frequently consulted weapons expert in the Syrian conflict in just two years and without specialist knowledge, just sitting behind his computer in Leicester. As a result of this success he came up with the idea of?Bellingcat: a?platform for open source investigative journalism. Within four weeks he earned his target of ? 47,000 on Kickstarter, after receiving a first grant from Indiegogo for his blog. Bellingcat was directly launched and used in the analysis of the downed flight MH17.

“The Internet has a vast amount of information available,” says Eliot Higgins, who can work on his Bellingcat through donation for the coming six months. The idea for the platform is a continuation of the work he did on his Brown Moses-blog?for the past two and a half years, from his laptop at home. The at the time unemployed accountant began to analyze open source?information on social media in a systematic way and began verifying it. As a civilian investigative journalist he was able?to demonstrate that the Syrian army used cluster bombs. And he soon?became?an expert and a source of information for the Syrian conflict.

Higgins regularly shares his techniques and resources on his blog, including?a list of hundreds of Syrian Facebook pages and YouTube channels sorted by district, but said the new site will act as a central hub for the broader ideas of open journalism rather than just his work on Syria.?As an example, he pointed to a story run by the New York Times?claiming the Saudi government armed Syrian rebels with weapons from Croatia,?and credits Higgins with?identifying weapons used in the conflict. The New York Times presented his work to unnamed officials “familiar with the purchases” to uncover the truth, Higgins said, and published a blog post by him detailing?how foreign weapons had spread through the conflict. And more recently the location of the James Foley video.

In recent months he has?investigated the 21 August chemical weapons attack in Damascus and?fact-checked official statements from the international community,?while his insight into?the latest developments in Syrian munitionsled to interviews?with?CNN?and?CBC.?Stuart Hughes, a senior world affairs producer at the BBC, recently said Higgins had “probably broken more stories than most journalists do in a career” for?a feature in the New Yorker, but all of Higgins’s work has been based on open tools, social media sources and UGC.

With Bellingcat Higgins is aiming to take this kind of investigative journalism a step further and make it more professional. “It’s amazing how few people know how to do?open source research,” he said in an earlier interview with Journalism.co.uk. And while online content is increasingly used strategically, says Higgins. He has found strong evidence that the Russian Defense Ministry during a press conference lied about an online video showing the truck and the vehicle that MH17 would be shot from the sky. More on that below.

On the other hand, Higgins knows a lot of people who do the same if he: individuals?who do good work. On Bellingcat everything comes together: tips, tools, techniques, as well as research and stories. Forces and encourage others to join, it seems the purpose of this initiative. He has a lot of people know who contribute to bind as to himself Peter Jukes, who wrote a lot about the hacking scandal in Britain and Aaron Zelin?of Jihadology.net.

What can research online do better than a team of hundreds of professional experts on location? In the case of MH17 is that according to Higgins clear: “It took several weeks before the team was able to work. By this time there was much changed. We work with hundreds of videos and photos, even just after the crash. Generally replaces what we do the work of experts, but it makes it more complete investigation. ”

Higgins is a lot of planning with Bellingcat. One of those schemes in helping civilian investigative journalists, who are very good at what they do, but difficult to get to work. “Especially if you are an expert in a particular field may be that you do not have jobs for long time.” With Bellingcat he wants to bring them in contact with people they can do anything. A wonderful example of the Long tail?of experts about which we wrote in our book. This online sleuths find each other at important moments like this disaster and bundle Crowdsourcing and online co-creation each other’s strengths to interesting discoveries. Higgins hopes to work with news organizations and technology companies in order for?Bellingcat to?create a business model?and will continue to be able to support such initiatives. Keep an eye for Bellingcat and feel free to help out!

Investigations after the MH17 crash
In the frenzy to determine who ? and what ? shot down?Malaysia Airlines Flight 17, a group of citizen journalists armed with simple intuition and an Internet connection has been collecting information more nimbly than American spies.

On Tuesday, U.S. intelligence officials?admitted?that while it’s true that Russia has been arming pro-Russian separatists in eastern Ukraine for months, no proof exists that the?Buk SA-11 surface-to-air missile launcher, which Washington says took down the plane, was Russian. (However, a Ukrainian rebel leader?confirmed?that pro-Russian separatists had the Buk missiles.) “We don’t know a name, we don’t know a rank and we’re not even 100% sure of a nationality,” one official said during a press briefing. “There is not going to be a Perry Mason moment here.” (A?Perry Mason?moment refers to a dramatic introduction of evidence, previously unknown to most, that seemingly changes the outcome of an investigation or legal proceeding.)

But a group of citizen journalists led by Higgins, who is better know by his online alias “Brown Moses,” has had plenty of Perry Mason moments in the last few days. Higgins, with the help of some of his?Twitter?followers, was able to?pinpoint the location?of a Buk launcher while it was being transported through Snizhne, a pro-Russian rebel-held town in Ukraine near the Russian border, based on a video circulating on?YouTube:

Refined #MH17 crash location 12km from the Snizhne Buk based on this tweet from @henkvaness https://t.co/zFae6Gdv4r pic.twitter.com/iiy8vsKPpV

he next day, Aric Toler, a longtime follower of Higgins,?identified the exact locationof a photograph of the Buk launcher in Torez, another town in Eastern Ukraine, using only open source information like the name of a store shown in the picture, and other unrelated YouTube videos filmed in the area. Toler and Higgins were able to establish that the photograph was shot around 11:40 a.m. local time, using an online tool called?Suncalc, which lets you calculate the position of the sun based of the time of day and location. That would prove that the launcher was in the area before the MH17 crash. (Higgins told?Mashable?that he checked the tool’s accuracy by taking pictures of his garden at different times of the day to see if the shadows matched the ones on the site.) Another?crowdsourced analysis?that Higgins assembled on Tuesday offers strong proof that a video published by the Ukrainian government shows the Buk launcher being moved from Ukraine to Russia through rebel-held towns. In the video, the launcher seems to be missing a missile.

Good work by @AricToler who has geolocated this photo to Torez, not Snizhne as widely claimed. pic.twitter.com/sAFoktXkRq ? Brown Moses (@Brown_Moses) July 18, 2014

The Russian government rebuffed the video, claiming it had actually been filmed in the town of Krasnoarmeisk, which under the control of the Ukrainian military. However, thanks to other open source intelligence analysis, it turns out the town is not actually Krasnoarmeisk but the rebel-held Luhansk, just 30 miles from the Russian border.

“The Russians lied,”?Higgins wrote in his post on?Bellingcat, his new website to promote the work of other investigative citizen journalists and to teach others about the tools they use. The site is currently raising money on?Kickstarter.

These findings certainly don’t prove that Russia was responsible for the downing of MH17, as Higgins himself admits, but rather provide strong evidence that pro-Russian rebels possess (or possessed, until very recently) a Buk missile launcher, and that it was close to the crash site before and after the plane was shot down. “It’s interesting that this launcher took a trip through rebel-held territory to the launch site and then up toward the rebel-held city toward the border with Russia,” Higgins said.

For Higgins, this work is simple intelligence-gathering, which can help those on the ground investigate further. After he and Toler established the location and time of the picture of the Buk in Torez, journalists traveled to the spot and found witnesses that confirmed the analysis, Higgins said. That would suggest Higgins and the dozen or so people who have helped him over the past few days know just as much as professional American spies.??[The Americans] clearly only rely on open source information, or mostly on open source, yet they are not releasing what they’re relying on,”?Higgins said. “It’s like they’re ashamed.”

These investigations are a good example of what Higgins wants to do with?Bellingcat: create a community of online citizen investigative journalists that can fact check or even unearth evidence using open source intelligence available online. Higgins has been doing this for years, parsing tens of thousands of YouTube videos coming out of Syria to figure out which ones were legitimate and which was were not.

Higgins was one of the?first independent observers?to confirm that the regime of Syria’s Bashar al-Assad had indeed used chemical weapons in the Damascus suburb of Ghouta in August of last year, and he?exposed Syrian arms trafficking?from his house in Leicester, UK. Now, he wants to support others who are doing the same kind of work, and teach those who want to obtain similar skills.

“It’s important to note these investigations were done by a variety of people, showing the importance of making open source investigation tools and techniques available to anyone,” Higgins wrote in a?blog post?on Wednesday. “This is what Bellingcat is about.”