So you rang in the New Year by drinking more than you had planned. Now it’s last call and you have to get home.

There’s an app that can help you do that, one that?safety officials hope will deter people from driving drunk by letting them easily summon a cab or call a friend to drive them home. If they’re really, really drunk, the app will tell them where they are.

The free SaferRide app for smartphones won’t help you with the next day’s hangover, but it’s designed to prevent accidents or worse.

“NHTSA is constantly brainstorming new ways to keep the public safe and to keep up with technology,” he said. “The idea was born out of one of those brainstorming sessions.”

AAA MidAtlantic has started publicizing the SaferRide app to it’s members in social media and in press releases, said Tracy Noble, a spokeswoman.

“We’re encouraging anyone with the capability to use the app to do so and to get them off the road,” Noble said. “This is one of the most deadly times of year. Hopefully it will keep impaired individuals off the road.”

The app was announced at the same time NHTSA officials announced that fatal crashes caused by drunk drivers decreased by 2.5 percent in 2013 when compared to 2012.

That data shows that drunk driving deaths declined by 2.5 percent in 2013. Yet, even with this decrease from the previous year, 10,076 people died in crashes involving a drunk driver in 2013?one death every 52 minutes. December 2013 was the month with the lowest number of drunk driving fatalities, with 733 lives lost.

Noble said that people hosting parties should take the keys of guest who have are impaired, and provide the number of cab companies.

New Jersey state police have 100 additional patrols on the highways during the holiday period in addition to local police departments which have received federal grants to staff drunk driving checkpoints and saturation patrols.

“Having an app like this one could certainly make?a difference at decision time when the party is winding down,” said Zach Hosseini, a spokesman for the state Division of Highway Traffic Safety. “Any option?that gives an alcohol-impaired person a safe way home is a?useful tool.”

The app’s “Let’s Get you home” screen has three big red buttons ? get taxi, call friend and “where am I.”

GPS tells you where you are, so you can tell the cab company or friend where to collect you from.

There are similar apps on the market, But Ucl?s said this app is user friendly, free and “worth a try.”

Users have to set up the app before they hit the bars by turning on their location settings and selecting a friend to call from your phones contact list.

The location settings bring up a menu of local cab companies with the closest coming up at the top of the list. If the app can’t locate a cab company, it defaults to the call a friend option. Alternative services to cabs such as Uber and Lyft do not come up as options.

Because the app launched a little less than two?weeks ago, NHTSA has not figures for how many times it has been downloaded, Ucl?s said.

Noble said the significance is this is the first time a safety organization has rolled out an app on a national level. 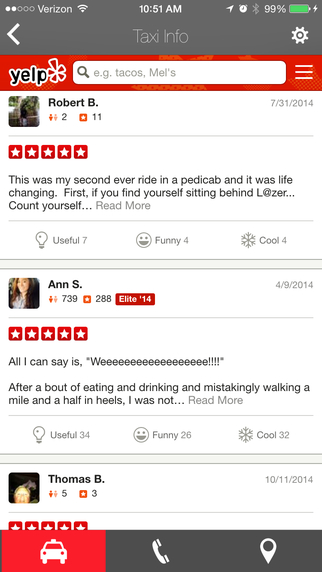 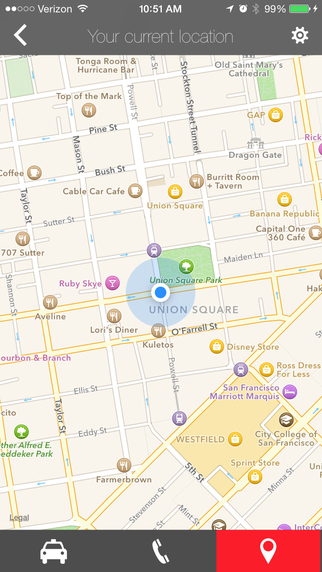