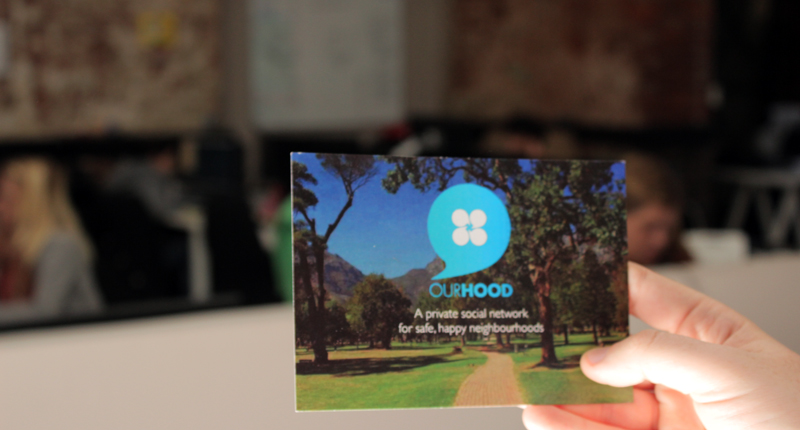 The sharing economy is a really exciting concept. The idea has been around for a decade now and popularised by internet startups like the accommodation sharing platform AirBnb and carpooling service by Uber. In South Africa, in the true spirit of Ubuntu, Springleap is a good example, enabling creatives to collaborate and connect with agencies. Until now though there hasn?t really been a platform that concentrates on building and strengthening communities. OurHood wants to be that platform.

Though its founders aren?t, OurHood is a relatively new player in Cape Town?s tech startup scene. Recently though, it?s been showing impressive traction in South Africa, the greater region, and Europe. It?s also been recognised by Evernote as a potential candidate for its evolving platform.

VentureBurn?sat down with OurHood Co-founders Bruce Good and William Mellor to learn more about the inspiration behind their product and Ourhood?s path to the future.

OurHood is like a notice board (like the ones you?ll find at your local grocer) but with a few extra tricks up its sleeve. Residents can engage in various topics from local events, services and trends, to reporting crime or notifying dedicated authorities about general upkeep in the neighbouhood using your GPS. It also has an ecommerce element through its nifty trade post feature where people in the community can trade and sell goods among themselves.

In today?s day-and-age, people feel more connected online, yet we spend more time on our smartphones than actually getting to know the friendly faces next door. That?s weird because we live next to them. We tend to like and favourite more and more instead of actually doing more.

OurHood evolved as a reaction to some of social media?s ironies: a disconnect. ?There?s a sense of mistrust,? Mellor says. ?We?ve gone backwards. Nobody really talks to their neighbours anymore,? he argues.

The platform differentiates itself from groups on Facebook or WhatsApp in that it gives users a private, localised network. If you want to join the club, you first have to make a request for example. OurHood also aims to consolidate unstructured conversations taking place on these networks.

Then there?s a thorough user verification process (involving postcards and stamps), in order to minimise the risk of crooks and creeps taking advantage of the network. A lengthy process that could slow down traction, but one that?s necessary.

Once you?re on the network, however, the free web-based app hosts services such as local deals, events and community trading posts, everything neatly bundled up as one package.

Last month, OurHood was chosen as Cape Town?s regional finalist in Evernote?s Africa roadtrip competition which proved to be a massive confidence boost for the four-month-old startup. 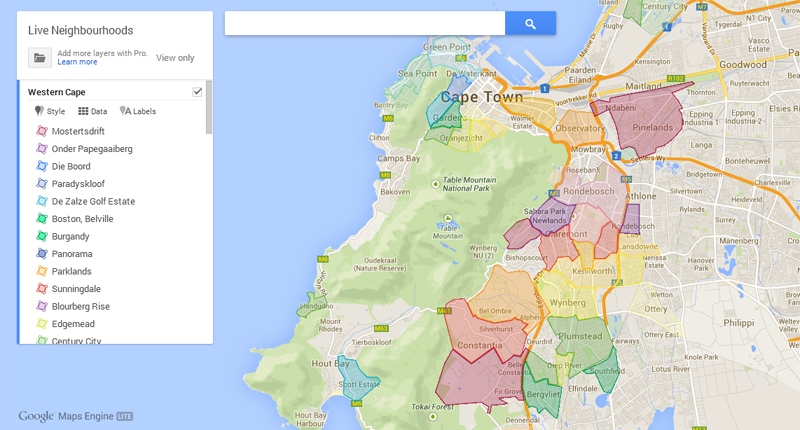 It officially launched in May 2014, and has since then rolled-out to service 90 neighbourhoods with more than 60 requests pending locally and abroad. Of those neighbourhoods, users spend an impressive average of eight minutes on the the OurHood portal.

Good and Mellor have a passion for connecting people and empowering communities.

After graduating from Stellenbosch University, Good furthered his career in finance having worked in London and Investec Bank in South Africa. He then signed up with Cape Town University and later completed his MBA.

Good and Mellor started the Name Your Hood initiative in 2010. The online neighbourhood naming campaign managed to create quite an splash, receiving both local and international recognition. It was made the local partner of the Pioneer of Health Challenge 2013, and is promoted by the World Capital Design Cape Town 2014.

?There is something very special about starting a business from scratch and the energy we derive from seeing users respond positively when using our site is seriously rewarding!? says OurHood Co-founder Bruce Good.

Though they?ve been featured on local radio and some tech sites, the founders note that they haven?t been doing too much extensive marketing since launch. ?It?s mostly been word-of-mouth,? they say. ?We?re not trying to create a need. There?s a huge demand for something like this here,? argues Good. 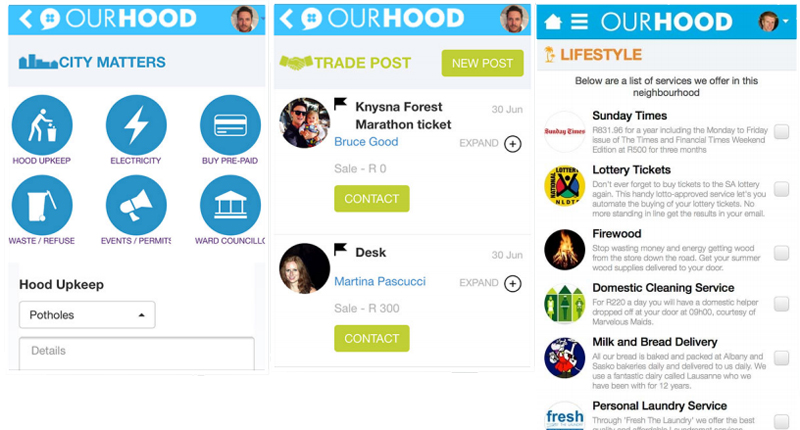 One of the features that?s proved to be the main driver for people since launch has been the crime spotting. South Africans and those abroad have a dedicated portal that where they can get information regarding safety and security in their community.

With OurHood, residents have a communication channel with their authorities. The community neighbourhood watch, for instance, has its own dedicated news feed where it can make critical announcements, such as crime trends to be wary and so on.

?Interestingly, we haven?t seen the biggest amount of traction in city areas as you?d expect. Places like Sunningdale, Johannesburg for instance have been going crazy with the app. Other popular neighbourhoods include some in Bloemfontein and Port Elizabeth,? says Mellor.

Its target market is people who have a vested interest in where they live, and savvy enough to use a website ? not a tall order, one would think.

Still there?s been a degree of hesitation in certain communities. Though the minority, some prominent community figures are reluctant in embracing the service. This is either because they?re hesitant about yet another foreign technology they need to invest time and effort in, or simply not being savvy enough to understand its real benefits.

The service is seeing traction in Namibia, Botswana, Ghana, Kenya and France. OurHood founders say they have a local advantage in that there?s a lot of room for growth across Africa as well as Europe. It aims to be operating in 15 countries in the next three months.

That?s one of the beauties of the product; it?s globally applicable and locally relevant. ?In the same way that most internet-users are on Facebook and associate it with connecting with friends, we believe that there will soon be a global stand,? says Good.

In the US, the online neighbourhood network scene is dominated by big shots like the multi-million dollar backed NextDoor (US$60-million to be exact).

There are a bunch of other local competitors. Though the space is quite sparse, we?ve seen players like Spottm having started off as a crime-spotting app to becoming a NextDoor of South Africa. It also serves more than 20 neighbourhoods locally and internationally, with a couple of tricks up its sleeve like its wearable product.

There?s also, more recently, been the introduction of services like Take Action ? an app that encourages conversation between communities and their relevant institutions. There are a couple of SMS-based services out there trying to solve the problem of community communication, though many of them are limited in terms of the technology and features.

Revenue will be generated in a number of ways, including locally-relevant advertising and affiliate income. Similar to Facebook and Google, the amount of data OurHood sits on is of tremendous value for targeted advertisers.

Though the figures aren?t public, the startup is largely self-funded, and has recently received funds from a small consortium of Angel Funders from the UK. Good says that the lack of seed funding locally has been the biggest challenge so far. This is the main reason why they decided to expand their horizons, and seek funding abroad ? a move they?re surprised not seeing more local startups opt for.

?The investment helps a lot,? Good says. ?The financial support let?s you do things faster,? adds Mellor. The cash injection has been mainly used to reiterate the app?s features. The startup is constantly refining and adding features based on the feedback they get from its communities and focus groups.

Mellor says that South African tech startups have an advantage. He argues that the tech scene is quite fresh and relatively untapped:

?One of the nice things about trying new things in South Africa is that you can grow under the radar,? he says. ?The place has all the right tools (broadband, geeks, devs, etc.) to make things work. If you do all the right stuff, other companies won?t know about you until you?re an actual competitor.”