A new app that claims to reveal whether you are too stoned to drive has been released.?Just like drink driving, drug driving is illegal in many US states and the UK – but often only if there’s a certain amount of the substance detected in your system.?In some US states, confusion has arisen as a result of the decriminalisation of cannabis use.

But the new My Canary app, currently only available for iPhone, claims to help drivers make an informed decision before getting behind the wheel. 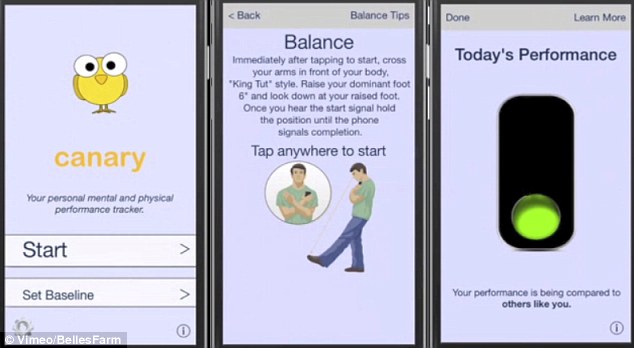 The app (pictured) runs through a series of on-screen tests to asses your suitability to drive.?These include remembering a sequence of numbers, playing a game of whack-a-mole, balancing on one foot and estimating a time period of 20 seconds

‘My Canary is the first app to give consumers the scientific information they need to honestly and accurately evaluate their personal performance, privately, anytime, and anywhere,’ said Allen St. Pierre, Executive Director of Norml, the company behind the app.

Unsurprisingly, Norml’s purpose is to influence public opinion ‘to legalise the responsible use of marijuana.’

The app runs through a series of on-screen tests to asses your suitability to drive.

These include remembering a sequence of numbers, playing a game of whack-a-mole, balancing on one foot and estimating a time period of 20 seconds.

Your aggregated score will then be compared to an average score collected from sober people and you will be awarded a red, yellow or red traffic light to asses your level of functioning.

You can also record a personal baseline to improve the accuracy of the assessment, the company said. 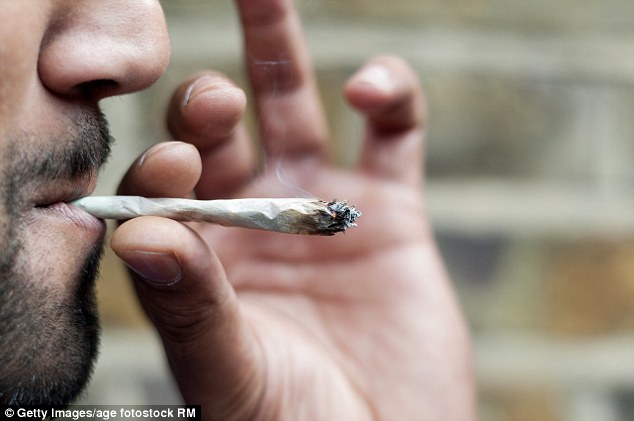 Just like drink driving, drug driving is illegal in many states in the USA and the UK – but often only if there’s a certain amount of the substance detected in your system

‘My Canary is the culmination of 60 years of combined technical and legal experience and thousands of peer-reviewed studies, including Nasa, NHTSA (National Highway Traffic Safety Administration), and DOD (US Department of Defence) research, as well as upon thousands of studies specific to cannabis’ acute impact on cognitive and psychomotor functioning,’ said Marc Silverman, Canary’s developer.

‘My Canary measures key performance indicators that may be impacted by potentially impairing substances, including marijuana, while respecting users’ privacy. My Canary doesn’t share users personal data with anyone.’

While common sense – and the law – might dictate that is never a good idea to drive after smoking cannabis, there are difficulties associated with testing users’ suitability to drive that are different to drink driving tests.

A guide to using the new health and lifestyle app: My Canary

Alcohol?breathalysers?generally give a good idea of how suitable the subject is to drive, as alcohol enters and leaves the bloodstream quickly, but it is not so simple when it comes to detecting cannabis.

According to the National Highway Traffic Safety Administration’s?guidelines:?’Positive test results generally indicate use within 1-3 days; however, the detection window could be significantly longer following heavy, chronic, use.’

‘The identification of THC in blood is poorly associated with users’ impairment of performance,’ said Leonard Frieling, a published author on the impact of marijuana on functioning and an attorney of 39 years.

‘Canary is the first app to use performance science to help marijuana users consume more responsibly, ‘ he said.

He added: ‘Of great importance is that Canary is not limited to marijuana’s impact, alcohol’s impact, or any specific cause of behavioral impairment. What we all need to know, on the spot, is are we functioning up to our personal “normal” standards?’

A report by Reuters this month claimed there are a number of commercial cannabis?breathalysers?in development to be sold to law enforcement, but that they too are facing difficulties with detection, as?the?drug is slower to enter and slower to leave the bloodstream than alcohol.

Another difficulty is that states have set varying limits fo rhow much THC – the active ingredient in the drug – is allowed in the blood while driving.

Washington and Montana have set a limit of 5 nanograms/milliliter (ng/mL), while Pennsylvania has a 1 ng/mL limit, according to Reuters.