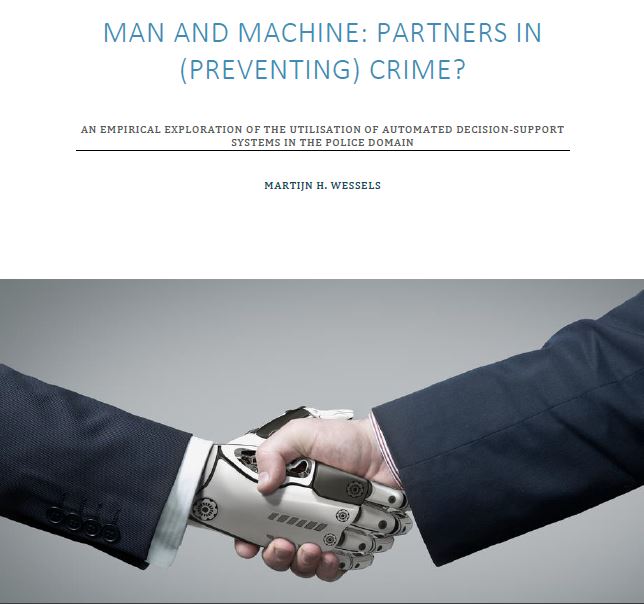 Research of Martijn Wessels shows how police officers can deal with artificial intelligence within the polcie organisation. As a case study he examined the predictive policing system CAS. Below is a summary of the results and full report to read or download.?

Law enforcement agencies around the globe are turning to algorithms that help to make spatiotemporal risk analysis of where and when criminal activity is most likely to occur. This so-called predictive policing is facing a lot of scepticism and criticism. It is being disputed whether this type of policing is actually increasing the effectiveness and efficiency of the police, as real empirical evidence is scarce or hard to isolate to determine the effectiveness of predictive policing. Additionally, there are also voices of concern which argue that these systems are lacking transparency and might lead to profiling and stigmatisation of societal groups. However, the gap that is recognised in this debate is that it is still relatively uncovered how professionals actually use this system, whilst these insights can help to put the discussion into context. This is a crucial factor, as human agency ultimately determines to what extent unintended consequences come to fruition, it is crucial in the evaluation of this type of policing.
In order to shed light in this theoretical and empirical gap, the Dutch policing context has been studied. As the Dutch National Police is already using an equivalent of predictive policing software (the Crime Anticipation System, CAS) for a longer period of time, this research site is chosen. In this specific context, it turns out to be that the intelligence specialists are the group within the police organisation that have the purpose to construe advice for the operational level of the police organisation, in which they can include CAS. As a consequence, this group is being studied to understand how they use this system in their practices, and to see how organisational structures influence this utilisation. The central research question of this thesis reads:

How and to what extent do intelligence specialists of the Dutch National Police utilise the Crime Anticipation System in their practices and thereby interact with existing organisational structures?

Orlikowski?s (2000) theory of technologies-in-practice is administered to help understand how technology is being used in an organisational context. This practice lens argues that the way how technology is utilised by professionals is influenced by enacted organisational structures, and in turn simultaneously affects these structures. To fit the purpose of this research, Orlikowski?s (2000) model is adapted to help study the utilisation of algorithms, as this type of technology also requires an assessment of the output: the expectations of CAS need to be trusted to some extent in order for the intelligence specialists to include this system in their practices. Hence, this understanding is added to the analytical model that has been used which leads to an adapted analytical lens: the algorithm in practice lens.