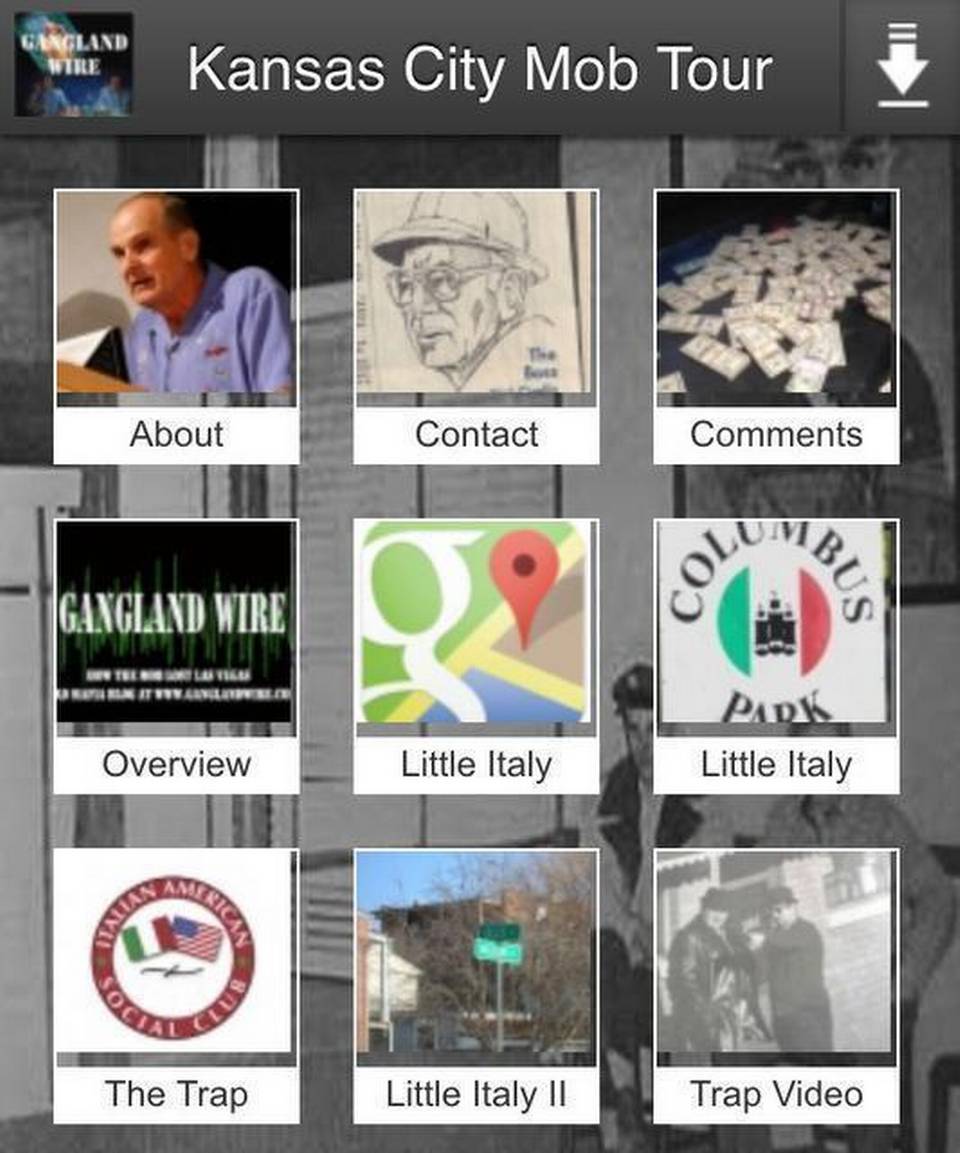 Stand at the corner of Fifth and Gillis streets in Kansas City today and you?ll see a deli tucked inside the first floor of an old brick building.

But punch an app on your smartphone and it will take you back to the 1970s, when the Kansas City Mafia held gambling games on the building?s second floor several times a week.

Punch on that app again and it will take you back to the funerals held inside after the 1934 death of legendary mob boss John Lazia and the 1983 death of another mob leader, Nick Civella.

These sites, once key parts of Kansas City?s Little Italy, and many other locations are detailed on the Kansas City Mob Tour app, which takes users on a Kansas City mob history tour. It was developed by Gary Jenkins, a retired Kansas City police officer who investigated the mob during the 1970s.

?The organized crime was such a part and parcel of the development of this city, and this Mafia history is interesting because there was a nexus between the building of modern cities during the Depression, politics and organized crime,? said Jenkins, now an attorney and filmmaker who still lives in the Kansas City area.

And that history goes back many decades.

The Cosa Nostra crime family controlled the politics and law enforcement throughout Kansas City and allowed gambling, racketeering, prostitution and other vices to flourish. The Mafia had so much power during the 1930s that Lazia served as an adviser to the city?s police chief.

The Mafia also had incredible influence over the Teamsters union and skimmed gambling proceeds from Las Vegas casinos.

In the 1970s, a Mafia dispute over parking rights and a strip club in the River Quay ignited in a bloody free-for-all. A federal crackdown led to convictions of organized crime leaders in Kansas City, Chicago, Cleveland and Milwaukee.

That was one of many stories Jenkins has retold during frequent presentations he has given about mob activity. At the conclusion of many of those sessions, audience members routinely asked about the locations mentioned and whether any still exist today. A friend had Jenkins jot down many of the locations before spending an evening driving around looking for them.

That prompted Jenkins to devise the Mob Tour app. Material on the app is based on Jenkins? research and personal law enforcement experiences. Other information came from Mafia-themed books written by former FBI agent William Ouseley and a documentary made by attorney Terence O?Malley. Jenkins also used research from his documentary ?Gangland Wire.?

The $1.99 app can be downloaded from Google Play for Android devices and from the Apple App Store for iPhones.

Jenkins said he worked 40 hours over two weeks to create the app.

The first screen opens with the photograph of the bullet-riddled body of gangster Charles Gargotta lying beneath a portrait of President Harry Truman inside the First Ward Democratic Club.

Gargotta and mob kingpin Charles Binaggio were shot at close range in the club on April 5, 1950. Publicity of the shooting led Congress to appoint a special committee to investigate organized crime.

The app also contains a Google map link to each key address. Other icons open videos, photographs, surveillance recordings and other historical information about organized crime.

Tour destinations also include the River Quay area, the office and the Ward Parkway home of Tom Pendergast, the Virginian Tavern on Admiral Boulevard where the Spero brothers were ambushed and the apartment building at 300 East Armour Blvd. where Lazia was gunned down.

Jenkins, who also has produced two documentaries tracing the region?s connection to the Underground Railroad, even provides recommendations on where to eat while visiting several of the locations.

?There is just this never-ending appetite for Mafia stories and history,? he said.