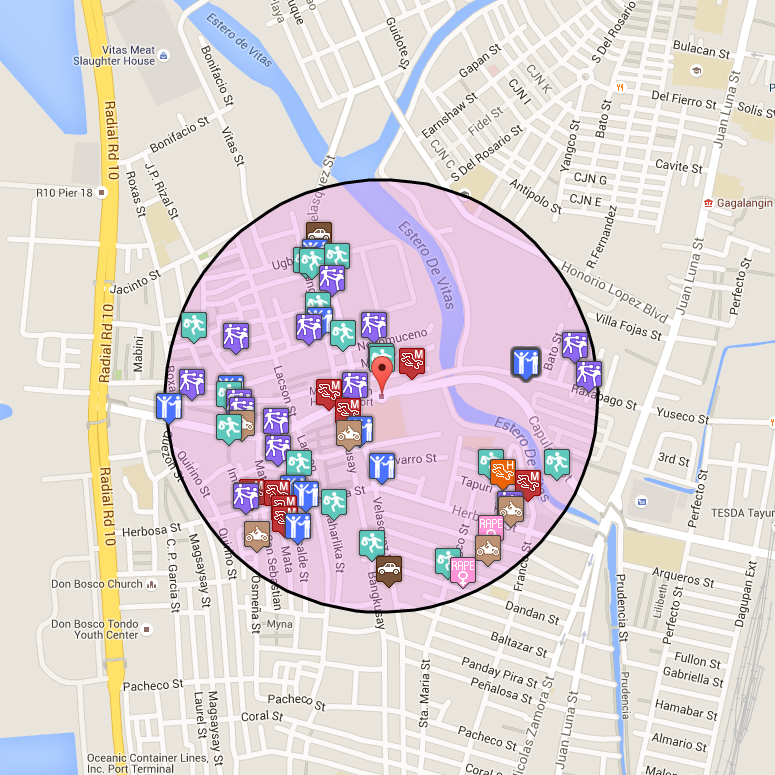 ThePhilippine National Police (PNP) launched the Bantay Krimen mobile application (Android, iOS), a community-based tool in promoting crime awareness, reporting, and prevention at the tip of everyone?s fingertips with the use of cellphones or tablets.

The launching was led by PNP Chief, Director General Ricardo Marquez, and Atty. Rogelio Casurao, the vice chairman of the National Police Commission (Napolcom). Also present during the launch was Director Benjamin Magalong, head of the PNP Directorate for Investigative and Detective Management (DIDM) and students of the University of Cordilleras (UC).

PNP spokesman, Chief Supt. Wilben Mayor said that the mobile application was designed to optimize the use of technology in crime prevention and crime solution. It was developed through the joint efforts of the University of Cordilleras and the PNP DIDM as part of its Next Generation Investigation project.

The app enhances the collaboration between citizens and the police in promoting safer communities with its carrying theme: ?Tungo sa Mapayapang Komunidad!? It requires GPS location especially for its main feature of hotspot notification wherein the user is notified if s/he is entering a crime hotspot zone.

Mayor said that the mobile app is now applicable in the National Capital Region (NCR) and would later be launched throughout the country.

Among the other features of the application are:
View Crime Incidents ? users can view crime incidences by logging in and setting the area or location they wanted to view. They can view information such as, address, modality, date, time, and reporting unit. This can be viewed by clicking an icon in the map. Users can also filter location by setting the radius of a specific area of crime incidence they want to see. Crime incidences within the defined radius will be displayed and counted. Filters for date, time, and crime type can also be set by the users. Crime incidences shown in the mobile app are from the official blotter reports from police stations. The mobile app with crime incidences with background map can also be viewed in an offline mode.

Call the Nearest Police Station ? this feature enables users to report on-going crimes or emergencies to the nearest police station located by GPS or they can manually select Police Stations by the number provided in the app. The device GPS must be turned on for more accurate use of the device.

Report Crimes ? using the mobile application, crimes can be reported in real time and be displayed in the dashboard and map of monitoring police stations. Reporting can be forwarded through the app or through the web. Report type includes normal reporting and SOS reporting. Normal reporting enables users to provide information about previously committed crimes, while SOS reports are real time incidents that require immediate action

Crime Reporting Dashboard ? the crime reported is stored in a web database where police officers can monitor and respond to the reported crimes. Aside from the database, reports are also viewed in a map to rationalize the deployment of resources.

Other features such as device synchronizing, crime incident accuracy, report ticketing system, report analytics, photo and video upload, GPS tracking of mobile units, and user suggestions will be incorporated in the newer version of the app and the dashboard.