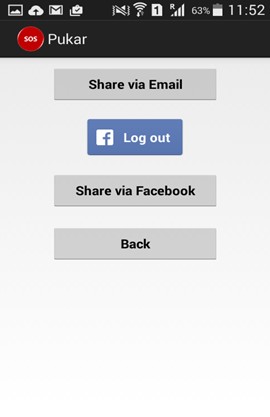 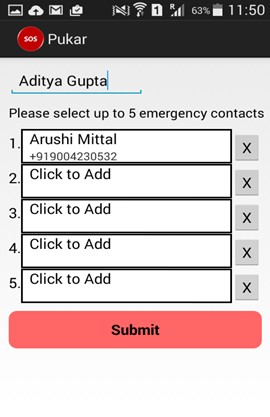 A few months after the tragic December 2012 Nirbhaya incident in Delhi that shocked the nation, a small team? of seven people brainstormed in their office in the national capital. They were developing an Android app that would make people feel safer. Pukar, the free Android app, is an initiative by People for Parity group that works towards fighting gender-based violence. The app includes a red button on the smartphone?s screen, which when touched in an emergency, alerts trusted contacts and the police about the victim?s location.

?Since its launch in June last year, the app has been downloaded by around 7,000 people. Unlike other safety apps that mushroomed around the same time, Pukar tied up with the police to help people,? says Aditya Gupta, an IIT-Delhi graduate and co-founder of People of Parity that was started in 2013. ?With other apps, it seemed like the onus of providing a safe ecosystem was being shifted to people. But the police form an important part of the process, and it does not make sense to exclude them from it. So we created a technology that will help us link up with the police.? The other co-founders of People for Parity are Arushi Mittal, Ritika Gupta and Abhinav Roy. Common interest got the 26-year-olds together.

The app was designed in such a way that once the user presses the red button, specific contacts in their phone and the police control room get intimated about their location through the phone?s GPS, mobile data or tower. ?For people who are wary of the police, there is an option of not sharing the location as well,? says the 26-year-old.

He adds that his team felt that a lot of apps talked about women as objects that need to be saved. ?They would publicise the app saying, ?Get your sister or mother to download it?. So while they are trying to empower, they are making women constantly weaker. Pukar offers help to someone who is feeling unsafe, not because he or she is a weaker gender,? he says.

The app had three techies working on it: Raman Khatri, a banker from the UK; Ravikant Bhargava, a software developer from Delhi, and Shashank Yaduvanshi, a Masters student from the University of Illinois. The trio are IIT-Delhi graduates and all of them are 26 years old. They created the technology while Gupta and the rest of the team from People for Parity roped in the police and handled the social impact of it.

While developing the app just took a month, creating a police partnership took over a year. ?We had conversations with IPS officers and made them understand how it works. It requires zero expenditure to set up the 24×7 service in the control room. All it requires is a log in tool in the existing system,? he says. Pukar has tied up with the Police Control Room in Alwar, Kota and Udaipur in Rajasthan and Nainital in Uttarakhand and are in talks with the police departments in other states. ?Around 300 alerts have been received across these districts through the app. Most people use it to check if it actually works. They are not used to pressing a button and getting police support,? Gupta says.

People for Parity also provides a platform for people to share their experiences and discuss gender-based issues through their workshops all across the country. 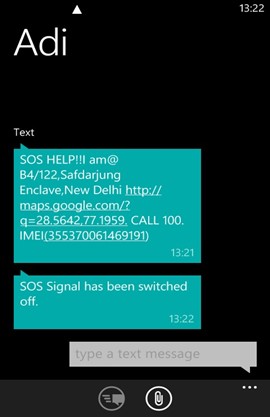