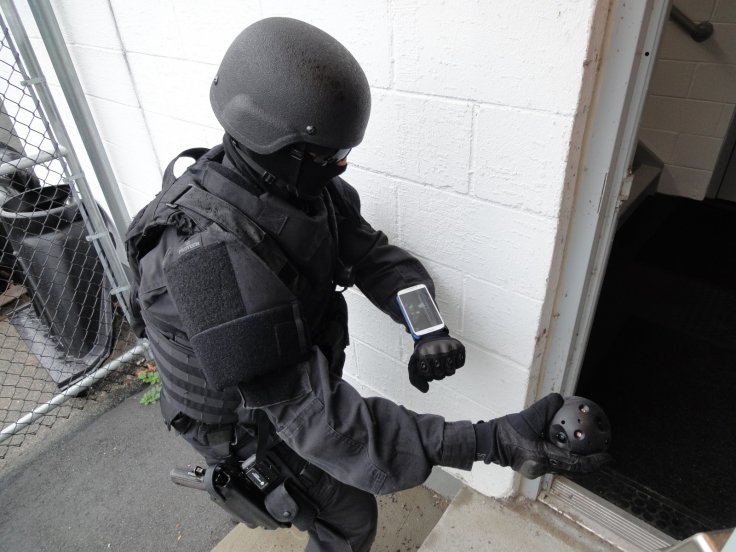 An MIT-backed startup has invented a spherical camera ball that can be thrown into potentially dangerous, hidden areas to give police and emergency services a safer view of the unknown.

After three years of development, startup Bounce Imaging is finally ready to launch Explorer, the size of a softball (slightly smaller than a tennis ball). Within a thick protective rubber shell is a camera with six different lenses surrounded by LED lights that takes several photos per second out of each lens at the same time.

The raw images are then stitched together by a processor in the ball within a fraction of a second to provide 360-degree images, before being transmitted straight to the user’s smartphone.

The solution is designed primarily to help the police, who often face entering potentially dangerous situations where armed gunmen might be waiting, as well as emergency responders, who routinely need to enter collapsed or burning buildings to rescue people, as well as locations with chemical leaks.

The Explorer was first conceptualised by Francisco Aguilar after the 2010 Haiti earthquake, who was studying at the time at both MIT and Harvard University.

He learned that international search and rescue teams were using fiber optic cameras to search for survivors in the rubble, but these cameras were cumbersome, difficult to manoeuvre and could not be used widely as they were too expensive.

“I started looking into low-cost, very simple technologies to pair with your smartphone, so you wouldn’t need special training or equipment to look into these dangerous areas,” said Aguilar.

In 2012, Aguilar graduated with an MBA from MIT and in the same year, his invention won the $50,000 (?31,842) grand prize at MassChallenge, the world’s largest startup competition. 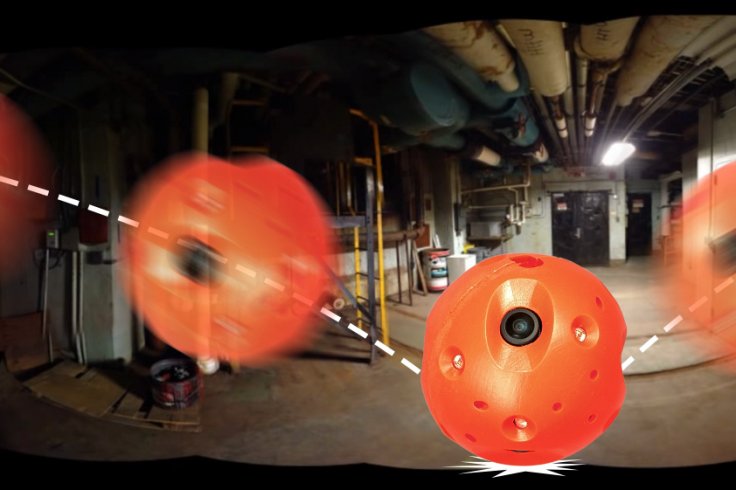 For the first manufacturing run, 100 Explorers will be deployed by police departments across the US, and the firm hopes to improve the ball’s design based on feedback from the police.

Since disaster locations like burning buildings are unlikely to have any Wi-Fi so that Explorer can transmit images to a smartphone, Explorer is able to act as its own wireless hotspot.

Bounce Imaging says that it plans to add additional sensors for carbon monoxide, radiation and temperature into future models of the Explorer, which would make it imminently useful to emergency first responders.

The Explorer retails for $1,495 (?1,348, ?950) for the regular version 240W white LED lights, which are intended to distract and confuse potential attackers in a dark environment.

There is also a Tactical Edition, costing $2,495, that uses near-infrared LEDs (850nm) in order to illuminate the area just enough for the camera to take pictures, without attracting the attention of attackers.