Saddam Hossain Shahin, a young computer programmer has developed a software programme which can be a milestone in ensuring public safety. In case of emergency, his software called ?Self Protect?, if installed in a smart phone, can inform law enforcing agencies automatically by providing their exact location through Google Maps.

Saddam, a third year student of Computer Science and Engineering at First Capital University in Chuadanga, has always been a passionate computer programmer. His passion for programming reached a new height after encountering a life-threatening incident. In 2014, when he was going home to Meherpur from Chuadanga railway station, he was attacked by several muggers. After a brief resistance, he had to surrender all his belongings being severely wounded by the armed goons. Many of us have faced such a mishap but for Saddam it was the decisive moment that has changed the course of his career.

Saddam says, ?I used to earn a lot by doing freelance programming. However, after this mishap, I decided to leave everything and dedicate myself in developing this programme.?

The result of Saddam’s year-long effort is this simple but very effective software.? It is actually a cell phone application which can be used in any smart phone operated by android or windows operating system. Saddam’s innovation, ?Self Protect App? will work in two phases. Once installed, the user has to enable the app simply by clicking a button. Then the user part of the app will run automatically in the background, continuously detecting nearby police stations. Another part of the programme, the server app will have to be installed in the police stations acting as the notification receiver.

If the user of the app faces any threat, all he/she has to do is to press the ‘back’ button of his/her cell phone. Automatically, the nearby police station will receive an SOS message with the exact position of the victim.

However, there were some drawbacks in the first version. Saddam says, ?What can we do if a thug sends false SOS from a different location to distract police before committing crimes? Then I came up with a solution to this problem.? 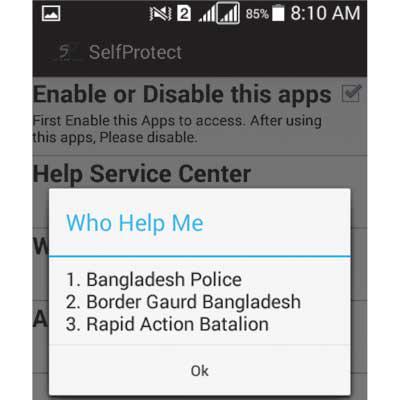 Saddam has added two features to this app. When the user will press the ‘back’ button of his smart phone, the phone-camera will automatically take a video footage and any sound produced by the sender will also be recorded. Then besides the location, the police will also receive footage and the sounds.

Md Hamidul Alam, superintendent of Police, Meherpur district says, ?I have examined this app and I am convinced that this is a very useful technology. If the government takes initiative to upgrade it, this technology can be very helpful for us to establish law and order.?

Saddam has developed this amazing software completely on his own. If given proper opportunities, this young programmer can upgrade it into a sophisticated tool to ensure public safety. 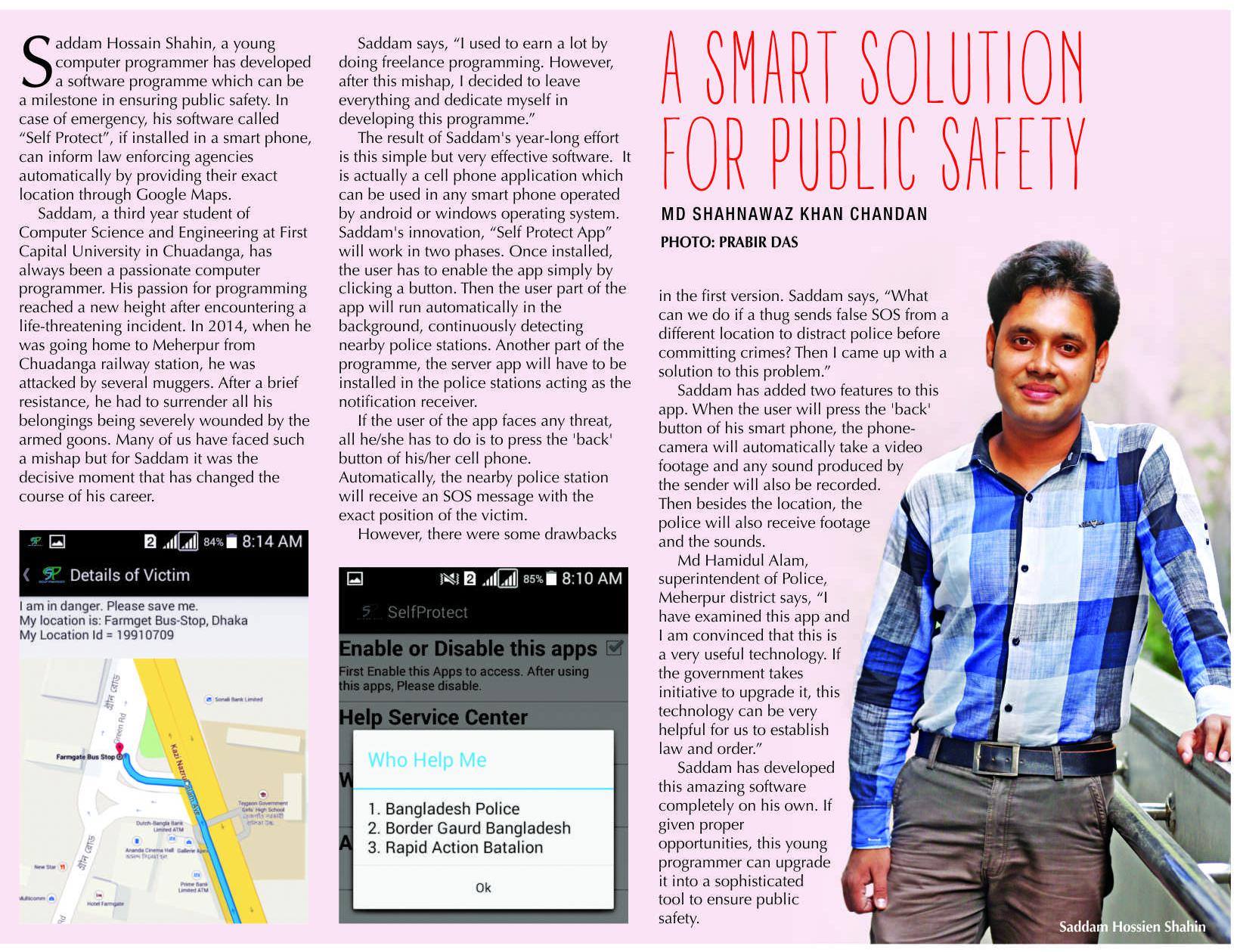